Hey folks how are doing today, this post is about top 5G phones around us since 5G phones are now getting known around since the arrival of 4G network.

5G is here. While 4G Phones are now widely available, the imminent upgrades of mobile networks from 4G to 5G will require upgrades in consumer hardware, chief of which are 5G phones. Smartphones with 5G support have already started tricking into the market, here we take a look at some of the best 5G phones that has been announced so far.

4G is dominating today, but 5G is the next evolution. Indeed, after the introduction of 4G technology as an improvement over the previous 3G networks, the enhanced performance was mind-blowing.

But the field of telecommunication and technological advancement never stagnates. So, the question was, what next? The answer is the next iteration of the mobile network generation 5G.

The planning for 5G network upgrade has been going on for some time now, although it is still not open for mass commercial use globally.

Before offering it up to the worldwide public, the understanding of the possibilities of this new rollout is still going on. There are areas of improvement still and streamlining the process of unveiling a set of new feature-rich 5G phones is an ongoing phenomenon.

Even so, the basics of 5G USP is understood, and the implications are staggering. Lightning quick speed of internet connectivity is a driving functionality, and if you thought that your current 4G phones are fast, wait till you try one of the new 5G phones.

The question that naturally comes up now is when can one lay hand on a 5G phone and unlock its potentials. The answer is you can do so now.

While it’s true that the spectrum and band availability are very specific to 5G and can only work with certain limitations using the currently available 4G networks, there are still several 5G phones in the market that utilises the nascent technology as it stands today.

With Sprint and Verizon in the US, EE in the UK and Telstra in Australia among the top service providers offering the fastest 5G network currently available worldwide, there is still a gap between the performance and potential of 5G, but it’s a proven fact that even now, the speed is superior to 4G. 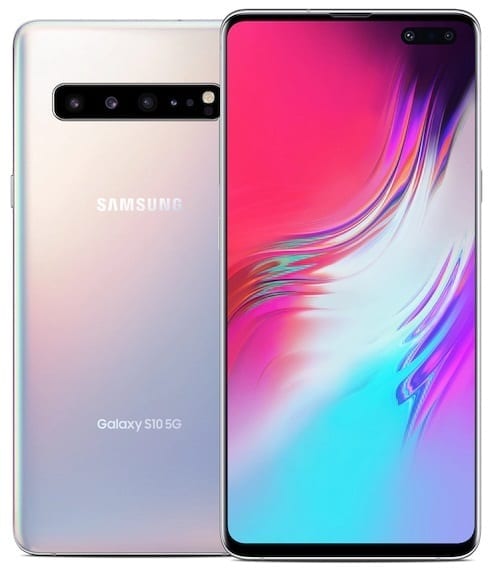 Samsung Galaxy S10 5G came out in February 2019 and quickly made its name as one of the best 5G phones. It is more or less like the Galaxy S10 with a 5G radio. With a flagship Exynos 9820 processor (Qualcomm Snapdragon 855 in the US) packing octa-core processors, this Galaxy smartphone is Samsung’s early foray in the 5G market.

Just like the S10, it runs on Android 9 Pie OS with One UI. It will also get Android 10 updates coming. It has a 6.7-inch Dynamic AMOLED display with hole-punch notch and is bigger the 4G version.

It functions smoothly with an 8GB RAM with inbuilt storage capacity of 256GB or 512GB. The heavy games and augmented reality experiences that you can enjoy with this phone makes it one of the most desirable 5G phones of its class.

Apart from the usual fast charging technology, Samsung Galaxy S10 5G also supports the next-gen wireless charging and power share functionalities. One of the complaints against big-sized smartphones is how unwieldy they are.

The lighter weight of Galaxy S10 5G as compared to other similar-sized phones works to its advantage, while its water resistance feature, if not unique, is, at least, a popular feature.

Its dedicated headphone socket and top-class camera, haptic vibrations and palm rejection technique to avoid touches in error while handling the curved edge touchscreen are some of the enviable features to find favour among the 5G phone users. 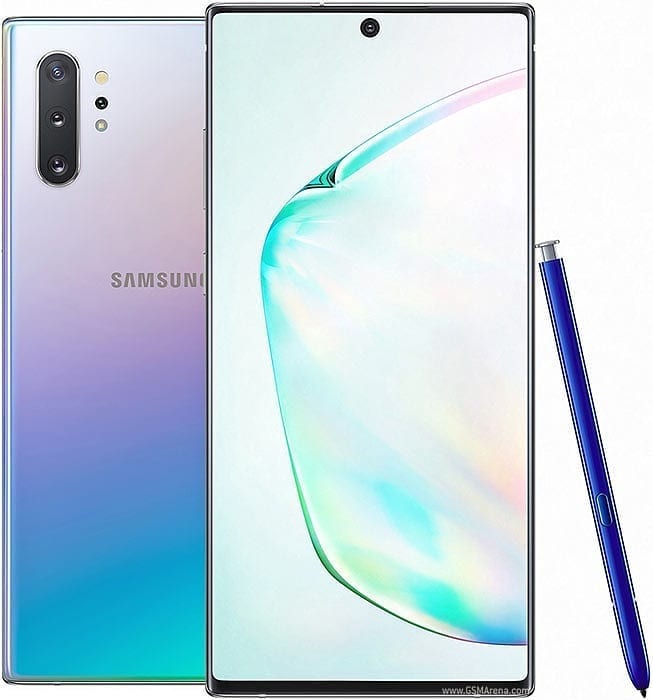 Samsung Galaxy Note 10+ 5G, released in August 2019, is one of the best 5G phones in the market today. It has several new features which make this phone a premium option among 5G phones.

With dynamic AMOLED capacitive touchscreen, it runs on Android 9 Pie (will get Android 10 update), based in One UI, similar to the 4G variant of the Galaxy Note 10 Plus. It has active noise cancellation with a dedicated microphone and Dolby Atmos sound feature tuned by AKG.

The android phone functions very smoothly with 12GB RAM and Exynos 9825 processor (Qualcomm SM8150 Snapdragon 855 for USA and China) to facilitate 5G connectivity and has two variants in internal memory as 256GB/512GB.

It has unique sensors features such as fingerprint (under display, ultrasonic), accelerometer, gyro, proximity, compass and barometer, while the unique Samsung DeX functionality for desktop experience support.

The smartphone also boasts of a fast-charging capability using USB Power Delivery 3.0 whereas the latest Qi wireless including the option of reverse wireless charging function is a bonus.

Some of the other features of this top 5G phone from Samsung include video capture boosted by video zooming function which allows 4K video capture at 30fps in default mode with increasing capacity up to 60fps available.

Like most other premium smartphones of this class, Samsung Galaxy Note 10+ 5G also incorporates the new feature of water resistance and is one of the best 5G phones as recommended by users. Price starts at $999. 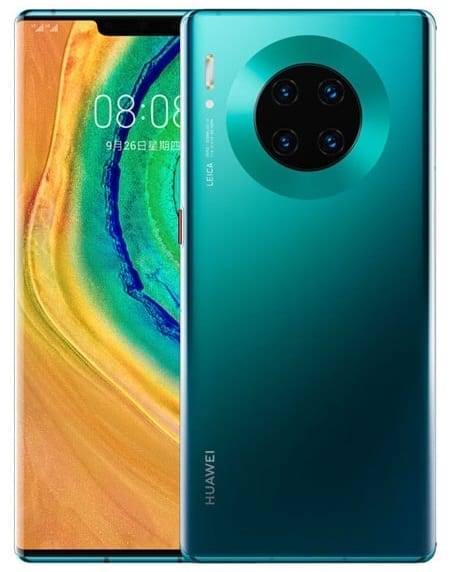 Huawei Mate 30 Pro 5G was launched in October 2019 and has quickly established itself as one of the best 5G phones worthy of buying. With unique processor HI Silicon Kirin 990 5G, it is one of the latest processors in among 5G phones.

With Super Sensing camera functionality, it allows to record and watch 4K videos on the phone. According to company sources, just using a natural finger-touch on the display unlocks the phone with ultra-fast speed.

It also allows quick and reliable fingerprint payment system which can save user’s efforts and time without compromising on security. With its unique volume feature “Virtual Volume Tuner” (VVT), Huawei Mate 30 Pro 5G employs no physical buttons to adjust the volume, and only double-tapping and scrolling on the screen edges from both sides will do this for users.

With only virtual buttons to give users a great experience while gaming helps establish Huawei’s claim of this model being one of the best 5G phones. Innovative design and great processor make this phone one of the top models of 5G phones in the market for cloud gaming, mass image processing and better graphic results. 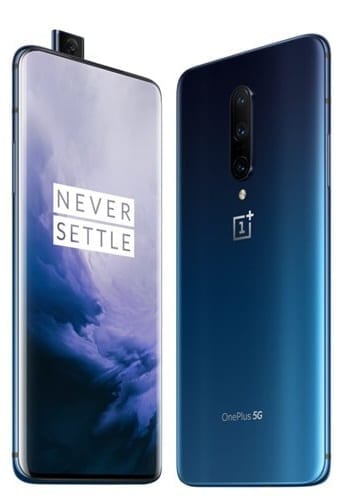 Like many other smartphone companies foraying into the new 5G technology-enabled phone market, OnePlus 7 Pro 5G is also a contender for the best 5G phones currently launched for public use.

This model has a similar design and looks just like the 4G capable phones with the additional feature of a 5G modem for superfast mobile connectivity.

Users of the model have reported impressive 5G speed in the UK using EE network and the US using Sprint as the carrier, but otherwise, a look at the phone’s features and functionalities gives no different result than using its 4G variant.

Available since June 2019, the phone comes in three variants of RAM – 6G/ 8GB/ 12GB and can have an internal memory of 128GB or 256GB depending on which phone you buy.

Like most 5G phones, it also runs on Android 9 Pie but is based on the company’s own UI of OxygenOS 9.5.11. OnePlus 7 Pro 5G’s 3.1 Type-C 1.0 reversible connector, USB On-The-Go ensures fast battery recharge using the Warp charge technology.

It is, however, highly recommended by users that unless a smooth 5G connectivity from your mobile service provider is guaranteed, going for this model can be a costly affair. 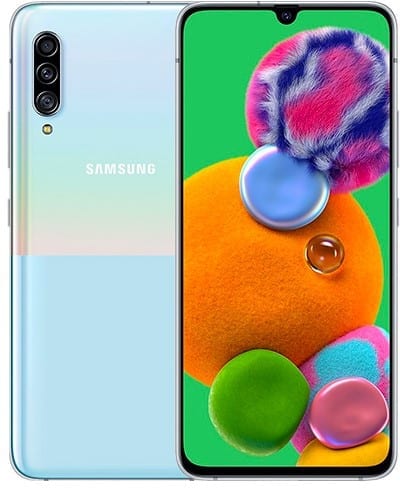 Samsung Galaxy A90 5G is the next generation phone with ultra-speed and quick charge features which making this model not only one of the company’s top phones but also a top buy in today’s 5G phone market since its launch in September 2019.

With long-lasting battery and triple ultra-wide camera, users are treated with an immersive phone experience and can view the images using an ultra-wide angle.

Users can also record videos like a pro-level action camera utilising the ultra-wide camera and advanced software. It produces super-steady live videos without any motion sickness with live focus.

It also has multiple sensors such as Accelerometer, Fingerprint Sensor, Gyro Sensor, Geomagnetic Sensor, Hall Sensor, RGB Light Sensor, and Proximity Sensor which features in most of Samsung’s flagship phones in this class. Interestingly, in spite of being feature-rich, the model is a lightweight phone which is easy and comfortable for carrying.

Further, with its pre-loaded Samsung Pay function, it allows to make very smooth and secure payment. Among other features that set Samsung Galaxy A90 5G apart from other top 5G phones, is the unique Bixby functionality which can reduce the blue light and turn on Night mode to get your eyes ready for bed.

Bixby also adds multiple features and can be customised according to the needs and preferences of the users.