It’s all available in amazing colors with a good battery that promises to hold power for a very long time. The device was unveiled alongside the Nokia C1 which also fall under the mid-range smartphone. First of all, let’s take a look at the Nokia 2.3 and see what it has for us. 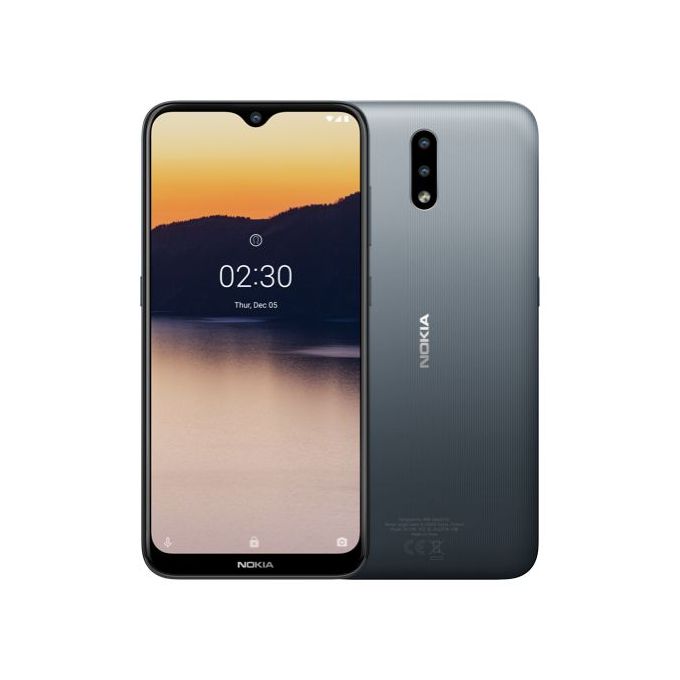 The phone also parades a waterdrop notch on the front which hosts the front camera. The Nokia 2.3 has a 6.2-inch HD+ display with a resolution of 1520 x 720 pixels, an aspect ratio of 19:9, and display protection.

On the camera configuration, the maker wisely chooses a combo shooter on the back. The camera includes a 13-megapixel primary camera with an aperture rating of f/2.2 along with a 2-megapixel depth sensor.

It comes with some internal features such as LED flash, HDR, panorama and it can record 1080p@30fps video resolution. For selfies and video calling, the Nokia 2.3 has a single camera of 5-megapixel with an aperture rating of f/2.4.

Behind the wheel is quad-core MediaTek Helio A22 SoC with PowerVR GE8320 for graphics and gaming. The chipset is paired with 2GB RAM and onboard storage of 32GB which is expandable via micro SD up to 400GB.

The smartphone draws its power from a 4,000 mAh battery. The juicer has 5W fast charging technology. The device flaunts 4G LTE Network for Fast browsing and downloads.

Other features include a dedicated Google Assistant key on the side. Meanwhile, the connectivity options on budget devices are Bluetooth v5.0, Wi-Fi 802.11b/g/n, micro-USB v2.0, GPS, A-GPS, and a 3.5mm headphone jack.

Nokia 2.3 price in Nigeria starts at around 37,000 Naira. You can buy the smartphone at leading online stores.

The sale of the phone has already kicked off in India and customers who buy the phone before March 31, 2020, will get a replacement smartphone from a Nokia Official Store if their existing device experiences hardware failure.

When available in Nigeria, you can get it in any online leading store across the country.

ALSO READ:Benefits of Social Media Marketing to Your Business