Ghost Recon Breakpoint adds none of these things. In fact, Breakpoint adds nothing of value to the Ghost Recon template. Instead, it transplants into Wildlands’ structure several systems from other Ubisoft franchises, systems that have no place in a game like Ghost Recon. Meanwhile, it actively removes some features that were present in Wildlands, while making others considerably worse.

At least the story isn’t likely to trigger a political incident, although this is mainly because it’s unlikely to trigger any spark of emotion whatsoever. Wildlands’ real-world setting of Bolivia has been switched out for the fictional island of Auroa, an offshore Silicon Valley where your friendly neighbourhood techbro Jace Skell tries to make the world a better place by building killer drones. At the game’s outset, Skell’s operation is hijacked by a former Ghost named Walker (played by Jon Bernthal), who plans to use Skell’s drone army for nonspecific Nefarious Means. 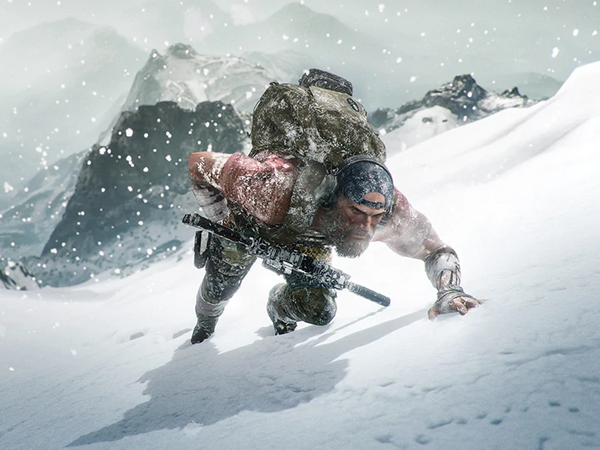 Players assume the role of Nomad (which, incidentally, also means “Walker”, suggesting the writers struggled to come up with two generic soldier names) deployed as part of a large team of Ghosts to investigate the situation on Auroa. But the Ghost’s helicopters are shot down by the island’s automated weapons system, and Nomad finds himself alone and hunted through the forest by Walker’s gang of mercenaries who call themselves the “Wolves.” 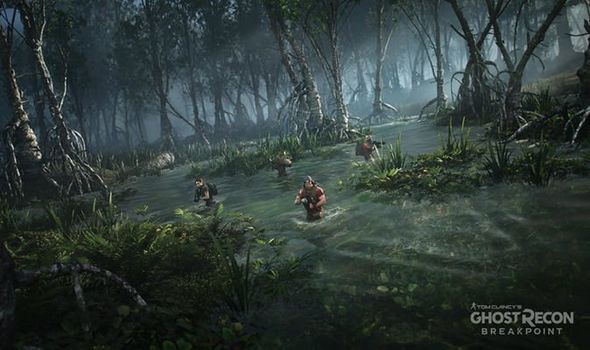 Breakpoint caters particularly poorly for solo players. The AI companions who accompanied you in Bolivia have been cut out completely, but the game doesn’t compensate for this in solo play. Breakpoint is not an especially difficult game, but there are points when it becomes punishingly hard to play solo. In one example, where I had to defend a scientist stood at the end of a causeway, the only way I could stop my position being rushed by enemies was to deliberately crash a helicopter in the doorway from which they approached. Criticising a co-op game for poor solo play may not seem fair, but there are plenty of co-op games on the market which are enjoyable when played alone, such as Remnant: From the Ashes or Ubisoft’s own The Division 2.